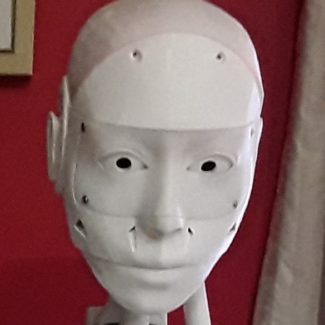 @ray-edgley active 4 days, 22 hours ago
After installing Fred’s left Bicep, I asked him to record a video for me. This went well until he went to point to the virtual white board on his right side. Now he not talking to me 🙁 So now I’m working on his right arm 🙂 https://youtu.be/93AMF-eN000 View